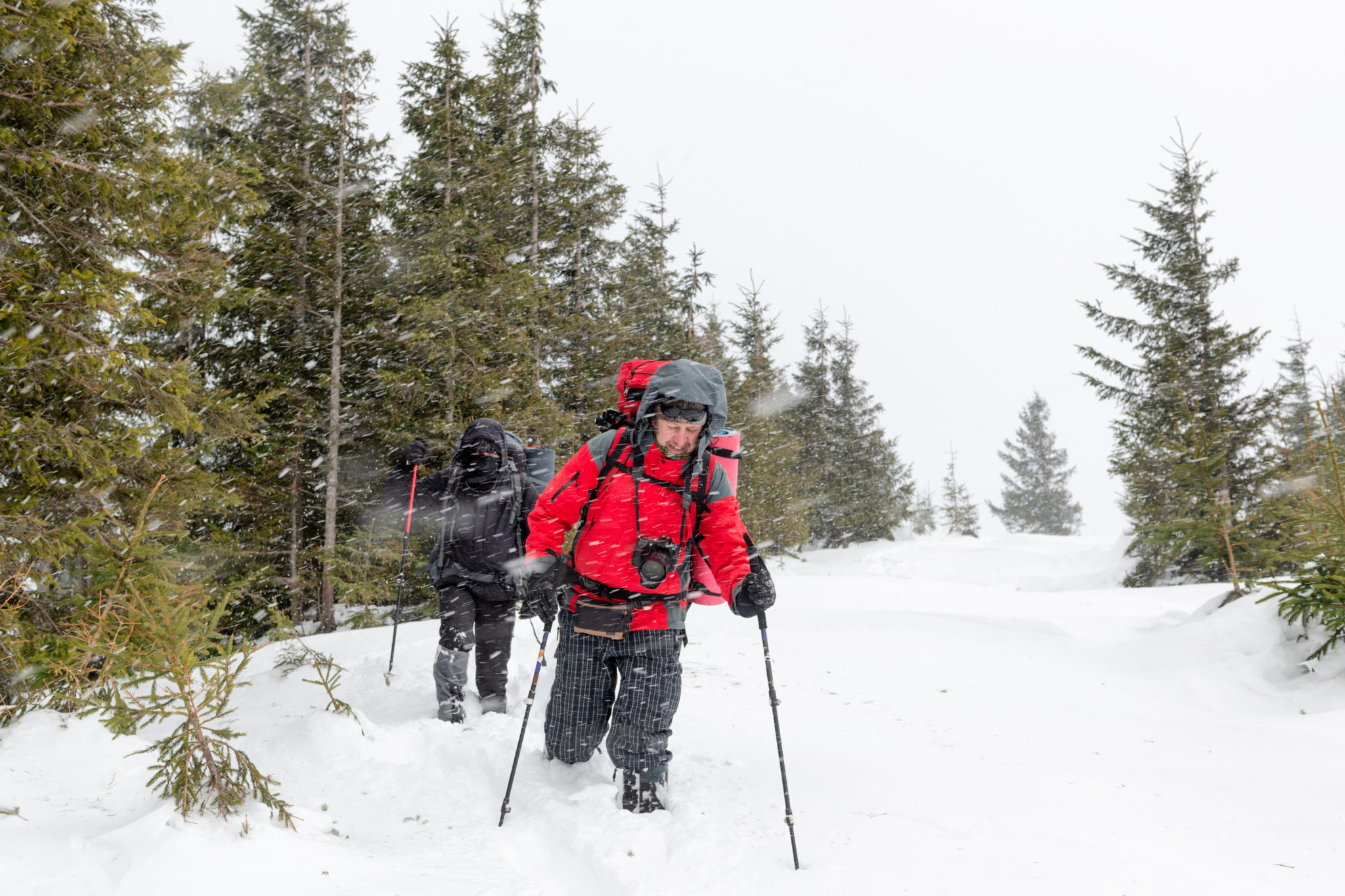 Imagining your path through a blank, white canvas is a sensation that cannot be compared to anything else. The possibility of avalanches, on the other hand, is something that should keep even the most experienced backcountry skiers and snowboarders on their toes before dropping in.

On average, 28 people are killed, and everything in their path is destroyed each year as a result of the approximately 100,000 avalanches that slide down mountains in the United States.

Because of this, it is essential to have a good understanding of the snow conditions and what to do in the event that difficulties arise. When you have the misfortune of being caught in an avalanche, the following is a list of pieces of advice that might very well save your life.

BOUND UP THE SLOPES

The vast majority of the avalanches you will encounter when skiing or snowboarding result from your actions. If this happens, the snow will start to fall squarely on top of you. The most effective way to avoid being discovered is to make a hasty ascent up the slope.

It is possible to escape getting trapped in the slide if you can move quickly enough so that you are beyond the fracture line. Take extra precautions with this one. It is improbable that your brain will be able to absorb what is occurring quickly enough for you to respond in time to get out of the way of an avalanche just getting started.

Being in the middle of an avalanche, where the snow is moving at its quickest, is where you should avoid being at all costs because of the potential risk. It doesn’t matter if the avalanche starts directly below your feet or exactly above you; the most effective technique to prevent getting trapped is to move laterally.

As soon as you recognize the telltale symptoms of an impending avalanche, you should get moving as soon as possible; the sooner you can get out of the path, the better your chances will be of surviving the avalanche. Just watch that you don’t move quite so swiftly that you lose your balance!

After an avalanche has covered you, your odds of surviving significantly improve if you have an avalanche signal, which is also referred to as an avalanche transceiver. The vast majority of beacons communicate with one another or with receivers by broadcasting a radio frequency. Your rescuers will be able to locate exactly where you are buried beneath the snow using this information before they begin excavating. When skiing off the marked trails, it is imperative that you have an avalanche beacon with you at all times.

The risk of suffocation is your primary concern if you are buried under snow. When you are being tossed around by the snow, cupping your lips can produce a little pocket of air that will allow you to survive for up to half an hour on only that air. Once you’ve come to a halt, dig a hole around your face and put your face within it. When the snow has settled, one final tactic you may do is to expand your chest by filling your lungs with air. This will give you more room to breathe until the snow has stopped falling.

It is important to remember that the effectiveness of this strategy, despite its apparent simplicity, is highly dependent on the magnitude of the avalanche; nonetheless, under less dangerous circumstances, it may be able to save your life. Although large avalanches can potentially rip rocks and trees from the ground, clinging to these objects during a smaller slide can help you maintain your position and prevent you from being disoriented as the snow around you becomes more compressed.

If you find yourself being pulled down the slopes by an avalanche, you should use your surfing talents to prevent becoming buried too deeply in the snow. Strive to maintain your buoyancy and keep your head above the surface of the water by swimming as quickly and as effectively as you can towards the area of the rapidly advancing snow.

Have the Necessary Equipment, as well as Training

The nearest emergency services are typically located too far away from the area where an avalanche has occurred, and time is of the essence. It’s possible that a person buried in the snow won’t have more than twenty or thirty minutes to live. Therefore, in a situation that takes place in the wilderness, you are your own rescue team.

An avalanche beacon, a probe, and a shovel are the three crucial pieces of equipment that can enable you to rescue yourself, a partner, or even strangers in the event of an avalanche.

Radio transceivers are what avalanche beacons are, and they allow you to locate yourself precisely. They are straightforward and uncomplicated to use. Everyone who is getting ready to leave the house does so while wearing a transceiver and turning it on before they leave. You may rapidly find your friend’s signal even if an avalanche buries them by switching the transceiver to receive mode in the event that someone in your party is buried by snow.

You can then use a probe, which is a foldable fiberglass pole similar to a tent rod, to establish the position of a person buried under the snow and the depth of their burial. Once you have found your buddy, you may quickly release them using your third tool, which is a shovel.

When you go out with other people, you take on some kind of duty not only to yourself but also to other individuals. You have to be able to demonstrate that you have the proper gear and that you know how to utilize it.

There is appropriate Training available for novices as well as experts who want to learn more about recognizing potentially hazardous scenarios and making effective use of the equipment. Avalanche.org provides a user-friendly and interactive online lesson for novices. Those who are interested in gaining further knowledge have access to a wide variety of educational possibilities, such as searching the Avalanche.org website for future workshops and classes.

Protect yourself from the cold and climb up that mountain with the best gear by checking out the available items at Rocky Mountain.

How many calories can you burn snowmobiling?
May 2, 2022

Must have Protection Gears from Snowmobiling?
April 1, 2022

How much Horsepower does the MBRP Exhaust Add?
March 7, 2022

How to choose the right type of skis for this winter?
October 22, 2021
Recent Posts
Archives
Categories
Buy Now

We carry and use the best brands to suit your needs, including a number of brands that few people know of. Comb and search our site for the quality products you need, just like you are searching for the deep snow, sick drop, wide open meadow, or technical hill climb that you deserve.