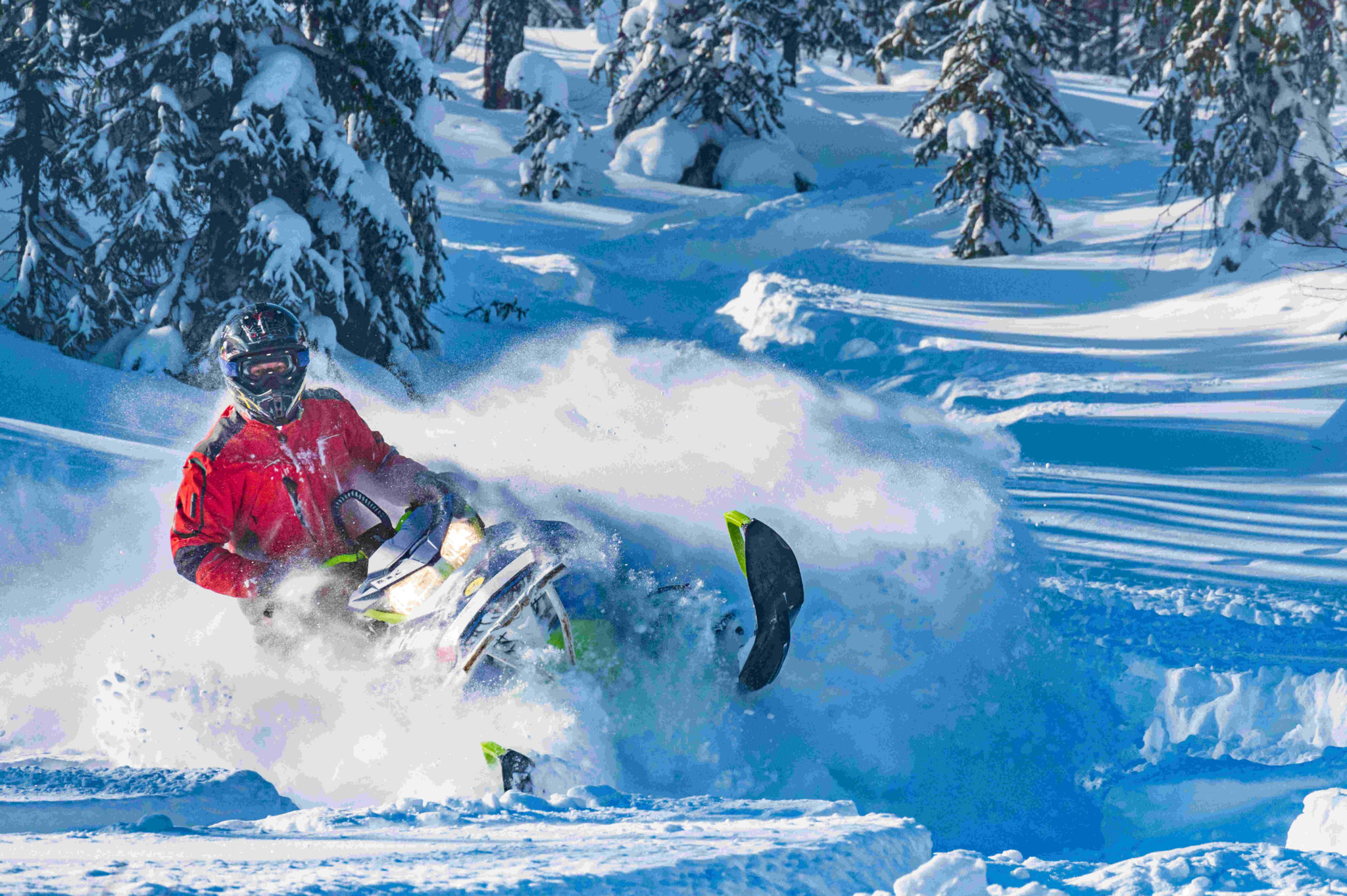 On average, snowmobile trails open on November 18 and remain accessible until March 12. So, if we’re talking about the whole United States as a whole, snowmobile season lasts for just a little below four months.

What Affects the Length of the Snowmobile Season?

Snowmobile, as the name implies, requires snow. And snow falls from the sky when it is cold; the colder it gets the more snowfalls. It is not hard to understand why the winter months affect the snowmobile season. The colder the winter months are, the longer you can snowmobile. When the winter months are extremely cold, the snow falls and piles up more quickly. If this is the case, you can potentially start snowmobiling sooner instead of waiting for the snow to get thick – provided that the other factors don’t hinder that possibility.

Property owners can decide when to allow snowmobilers to use their trails, as long as they don’t go against local government laws. Property owners can prohibit the use of their snowmobile trails for whatever reason they deem fit. Their reasoning could be because it’s hard to maintain the course, snowmobiling endangers the animals in their property, or just because they don’t want to open their grounds. Suppose you own a property with decent snowmobiling trails; good for you! You can snowmobile anytime you want as long as the government does not explicitly say otherwise. For you, snowmobile season is anytime there is snow that on which a snowmobile can glide across.

If none of the cases discussed above apply to you, then you can determine the length of the “snowmobile season” in your area on your own. Generally, snowmobiles need about 6 inches of snow to function correctly. But depending on the weight of your snowmobile, you can snowmobile on less than 6 inches of snow. However, you should stick to thick layers of snow for safety’s sake. The thicker the snow, the smoother the snowmobile glides, the more thrilling the experience, and the fewer risks of accidents. In places where there is no official snowmobile season, nothing prohibits you from snowmobiling any time of the year, as long as you do it safely and responsibly.

The average length of snowmobiling across the United States is about four months. In Utah, where the Rocky Mountain Snowmobile base of operations is, the length of the season is around five months and a couple of weeks. The factors that dictate the length of the season are the coldness of the winter months, government laws, hunting seasons, and property owners’ preferences. In places where none of the mentioned factors apply, there is no official snowmobile season. But as long as you have snow thick enough for your snowmobile, you can safely ride any time you want.

Rocky Mountain Snowmobile specializes in various equipment and accessories for safe and enjoyable snow-related sports. To learn about the best equipment to enjoy the snowmobile season, talk to us through the contact us page, email sales@motofrugals.com, phone (801)-224-5073, fax (801)-224-5078, or send a mail to Rocky Mountain Snowmobile, 1182 N. State Street, Orem, UT 84057.

We carry and use the best brands to suit your needs, including a number of brands that few people know of. Comb and search our site for the quality products you need, just like you are searching for the deep snow, sick drop, wide open meadow, or technical hill climb that you deserve.